My gymnastics career started in artistic gymnastics at five years old, but at ten years old I fell in love with classic dance. I began my study at Balletto di Roma, one of the most important and prestigious classical dance schools.
At 25 years old, after nonparticipating in a television program, I started to compete in aerobics gymnastics.
I did mixed pairs with my husband, and we became runners up (2007-2008) in Italy and in 2009 we were in 7th position on the Suzuki World cup in Tokyo (Japan).

In September 2010, at 35 years old, I started learning Pole dance with Orietta Tamantini at the Polexgym studio.
In March 2011, I did my first competition in Bern, and in September I became Italian Pole Champion! In September 2011 I participated in Moscow at the European Pole Dance Championship, and I won the bronze medal (3rd place) and the special prize for the best acrobatic routine!

Since September 2015 I’m the owner of my studio: Marketti Pole Studio in La Spezia, Italy. 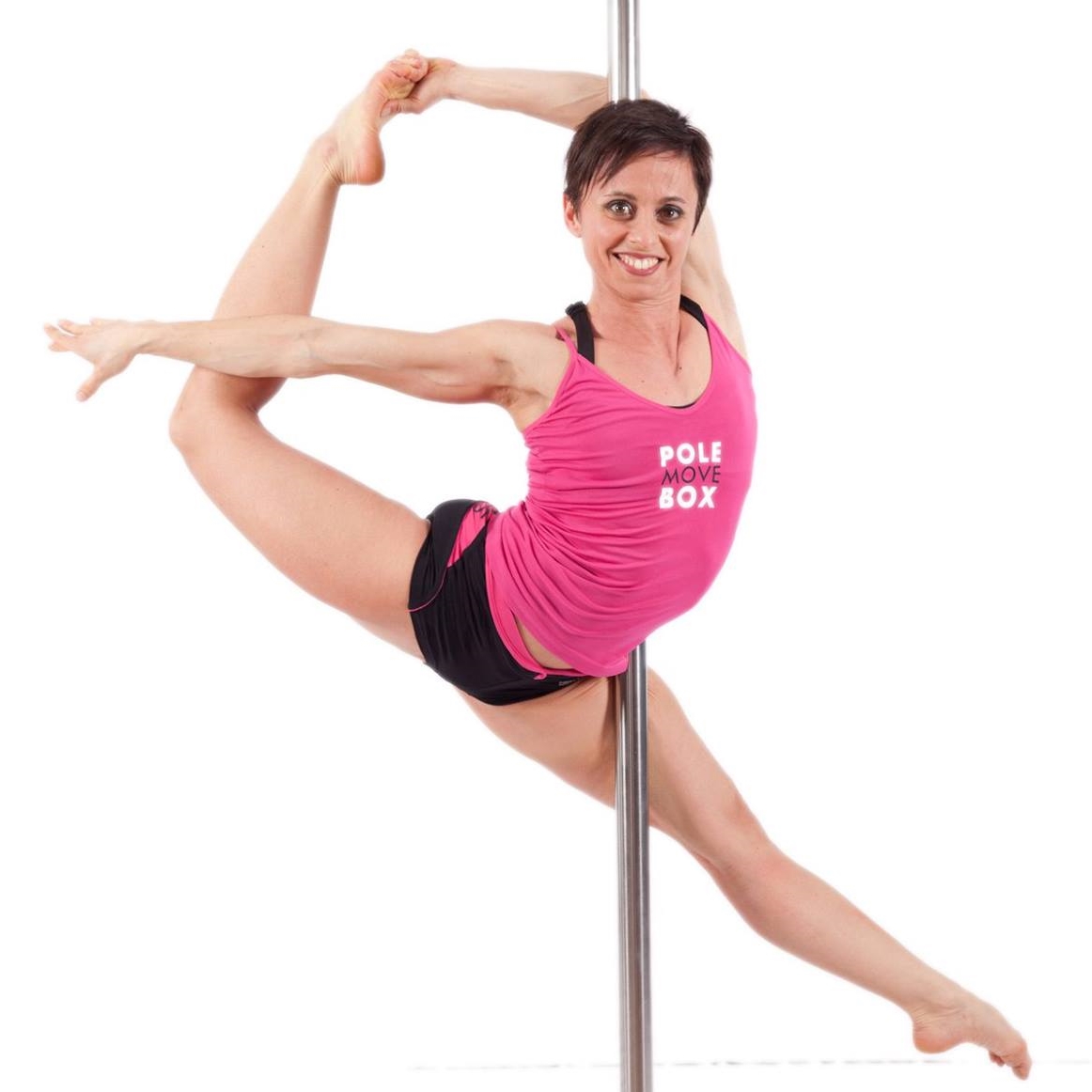 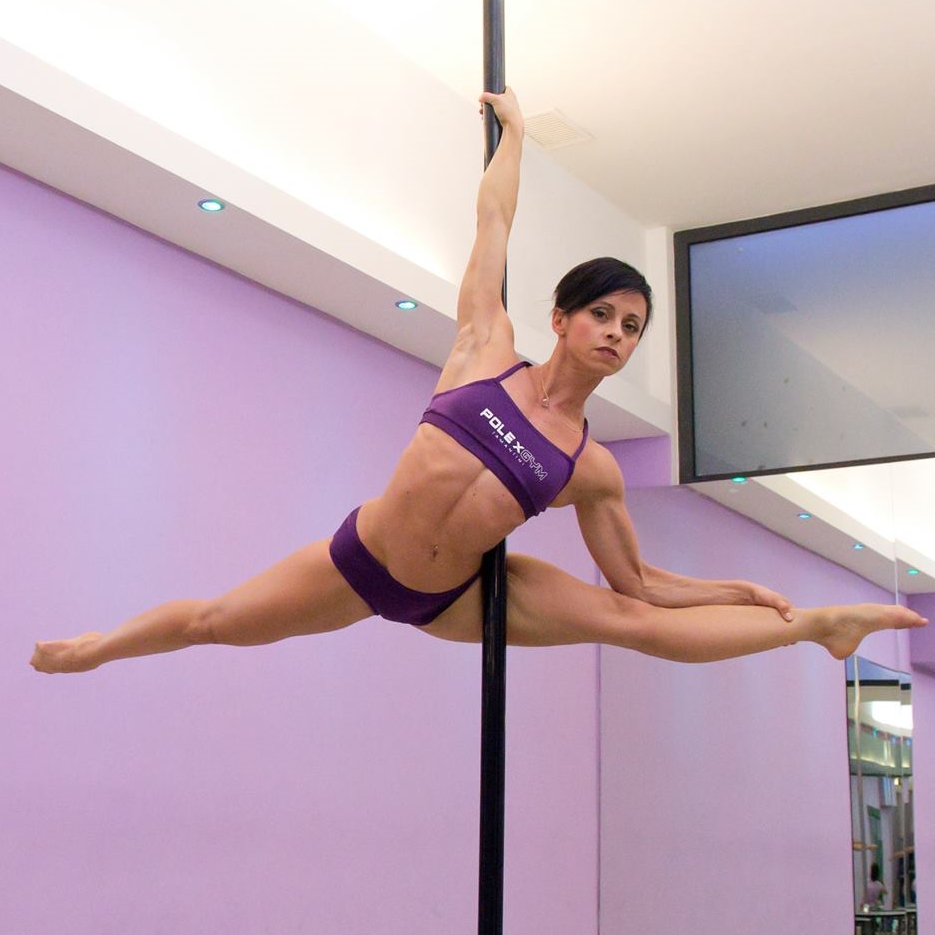